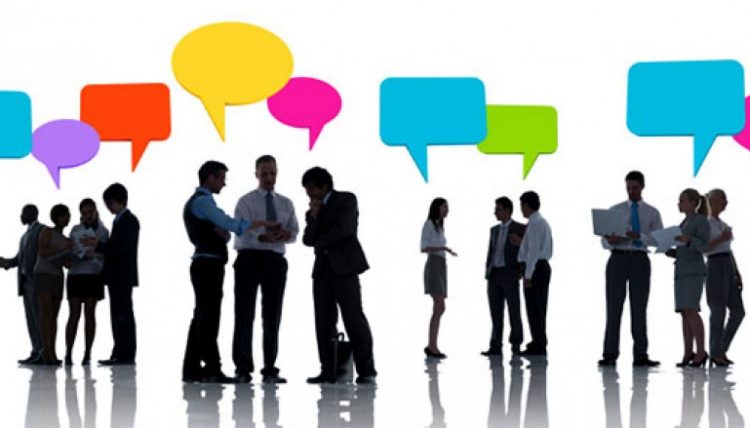 No man is an island of knowledge.

You have probably heard this saying more than a thousand times. It could be defined to mean a whole lot of things depending on the occasion.

However, the fact still remains that we humans are built to depend on another for one reason or the other. In our daily living, it would be hard to get by one day without having to get help from someone or render a help, either to earn a living or in good faith.

Irrespective of the path you choose to thread in your career, you really will not do so well if you are not engaged in strong, relevant and active networking. The benefits inherent in networking cannot be overstated. According to studies, most job opportunities are filled by recommendations from other people.

Beyond job opportunities, networking has the great potential to help you in your career development as you can easily reach out and consult someone else in the industry to collectively work on a project that seems difficult.

Sadly, many people go about networking the wrong way. People often forget that networking is an ongoing process and most times, it requires you giving without expecting anything in return – building quality influence.

While some people only see the need to build a relationship in their industry when they want to switch jobs or get recommended for promotion or a contract, others just don’t know how to go about it.

This could be as a result of shyness or maybe they think of networking as being pushy or overbearing. The truth is, to be successful at what you do, you have to be confrontational every once in a while.

Whatever category you find yourself, here are 7 tips that will help you network easily and successfully.

Some people are natural perfectionists and they can think of an idea or action in their head for hours or days before they feel it’s mature enough to realize. While it’s not a bad idea to take that route, you just might not be ready until it’s too late.

Imagine being in a networking event and there is this person you would love to converse with but you are there thinking of the different ways it could play out.

By the time you are satisfied with the words you are constructing in your head; you just may have been in your room already and the opportunity to introduce yourself to that person is gone. Always remember this – when you see someone you should network with, don’t overthink it! Just do it!

Another point is that you should not dwell too much on the things you said or did wrong at the event. This may increase your fear about networking or how bad you are about it. Instead, try to think of how you can improve on yourself and more importantly, the positive outcomes of networking which are limitless.

2. Be the ice breaker

Wondering what this means? Read on.

Studies show that a great number of people don’t enjoy interacting with strangers. Often times, people tend to engage in some other activities like chatting, playing games on their phone or reading a book at a networking event. The honest truth is that they are just shy.

Being the ice breaker entails you approaching and initiating a conversation with someone or a group of people. The goal is to help them out of their shells as well as help you create the network you need. To those kinds of people, you will be top of mind when anything relating to you comes up.

One of the most common problems people face when networking is the ability to ask the right questions and keep the conversation flowing.

Here is one effective way to go about it: You need to understand that conversations flow well when people have things in common. For example, two people who work similar jobs and are both married can flow from conversing about how they balance work and family.

Regardless of the topic, the idea is that the parties involved should be able to relate and voice their views on the topics discussed. Also, you will do well in this aspect if you do your homework on the persons that will be attending an event so as to prepare topics that you can play around with.

In situations where you can’t figure what to actually base your conversation on, you can always use the “what brings you here” theory.

This will prompt the person to give you a few information about themselves from which you can quickly generate topics from or you can just leverage on one of the answers by asking to know more about it and before you know it, you are having a connection already.

Networking is really about having a conversation and knowing more about the other party to build a mutually beneficial relationship.

For some people, this may be difficult to practice as they are afraid it could be perceived as them showing off. Understand that at networking events or any event at all, people, just like you, are looking to meet other people with influence and a significant level of accomplishment.

Sharing your accomplishments will not only impress the person you are sharing it with but also prompt him to introduce you to some of his colleagues or friends. Remember that networking is not just about knowing people who can contribute to the advancement of your career, it’s also about how you can do the same to them.

Believe it or not, every other person came for the same reason that brought you to the event. So, when you share your accomplishments, it will make others think of how your ideas and styles can positively affect their lives and soon enough, you will be dishing out cards.

One important thing to note is that you shouldn’t brag about your accomplishments. This will definitely put people off and the whole purpose of networking will be defeated.

5. Be punctual at events

This is especially for those who find it difficult to fit in when they walk into a room filled with strangers. Perhaps, it’s due to the belief that it’s inappropriate to interrupt an ongoing conversation.

The only way around this is to be early at events, this way you will be there when the crowd comes and you’ll be part of any conversation at the event.

When people arrive, it’s just polite you exchange some sort of greetings and more often, they want to be updated on things that may have happened before they arrived, you are in the best position to provide the answer and you can from there introduce yourself and the rest is grand networking.

Do you get the gist?

To get better at networking you need to deal with the habit of being overly conscious of your appearance, manner or how you are perceived by other people. People who are fond of this habit are generally shy and introverted.

Think about it. In a room full of people, why on earth will anyone be bothered about what you look like, how you are dressed or how you sound funny. If there’s anyone like that in the event, then don’t you think they are the ones with the problem?

Whenever you have a networking event to attend, dress up nicely and go with an open mind of meeting amazing people just like yourself and have fun.

Networking doesn’t have to be all formal. It’s just a gathering of like-minded people, getting to know one another to develop a healthy work/career relationship.

Another side to this is that you should avoid comparing yourself with anyone at all costs. Just believe what you have is unique and of high value to anyone.

7. Network every time and everywhere!

When all is said, the “done” aspect should follow. You need to get out there and start building connections that will advance or even change the course of your career for the best.

A decision you can make now which will keep paying you and make things work throughout your lifetime is to start building your network of influence.

You should not wait until when you need to change your job before you start networking. The truth is, people will really get that you’re trying to use them and you will even find it difficult to ask a favor of someone you’ve not been in touch with over a long period of time.

It will be easier if you treat networking as a lifestyle. This way you will be able to prompt into action whenever it’s necessary.

There you have it. We shared 7 important tips for successful networking.

The quality and quantity of the people that surround you have a great impact on how well and how far you will go in your career. Influential relationships don’t naturally evolve, you need to put in the work to be linked with people that matter within and outside your industry and the best time is now.

If you think some other tips that were not included in this article or you have a question, kindly leave a comment below.

Countdown to the next Digital Marketing Training